Before becoming a mom I could handle just about any scary movie, unless there was a dog involved, then I’d worry incessantly throughout the film. Yes, I even felt sorry for Cujo. But the experience of birthing and nurturing a mini human, coupled with a huge dose of maternal empathy, can irrevocably affect our viewing experiences, ending those carefree horror days for good. Motherhood just makes some movies painful to watch, especially if there’s a child, a suffering mother, or god forbid a baby involved.

So, here are 10 movies moms and moms-to-be may want to avoid.

In Rob Zombie’s 2007 version of Halloween we encounter young Michael Myers and his long-suffering mother, who is facing the unimaginable horror that her 10 year old is a psychopathic killer. In one scene, after brutally killing someone, he reaches out and says, help me, mama. Despite the fact that he’s a knife-wielding, maniacal killer, he’s still her little boy. As a mother, this scene broke my heart and I couldn’t stop thinking about it. So moms, best just to stick to the original version with Jamie Lee Curtis, which has no heart-wrenching mother/child scenes to obsess over.

According to film critic Rex Reed, Mother! is a “delusional freak show,” and “two hours of pretentious twaddle,” a sentiment widely shared by horror fans. So maybe everyone should avoid this one. But just in case, here’s the plot: Jennifer Lawrence plays the character of DIY enthusiast and mom-to-be, Mother, yes that’s the character’s name (eye roll!). She longs for a tranquil home life with her husband, called Him (Bardem), I know, more pretentious twaddle. But her domestic dreams are shattered when strange, uninvited guests start arriving at their isolated house.
Mother gets knocked up and things begin to unravel quickly and there’s a lot of biblical symbolism and a crazy montage of inexplicable scenes. Then there’s a bit at the end involving her newborn baby and a mob of fanatical lunatics. Spoiler alert: it doesn’t end well for the baby.

Moms, you have been warned!

The Wes Craven original was a must-see for every kid in the 1980s, and was traumatic in a, ‘I really love being terrified,’ kind of way. It’s a true horror classic. The 2010 remake directed by Samuel Bayer, is a good attempt and very well made. But it plays so much on the child molester/killer angle, that it disturbs rather than entertains. For a mother this subject matter is distasteful and distracts from an otherwise great horror movie. The original glosses over this aspect of the story, so it’s a safe, fun scare, with no need to overthink it, just straight up nasty Freddie Kruger haunting your dreams.

Most new mothers are understandably nervous with the prospect of leaving their baby with someone else, even if that person is a trusted family member. So this 90’s psychological thriller about a vengeful psychopathic nanny who wants to take over the family she works for, should come with a new mom warning! The story in a nutshell, a successful gynecologist kills himself after being charged with sexually assaulting several female patients. His pregnant wife, Peyton (Rebecca De Mornay) suffers a miscarriage and blames it all on Claire Bartel (Annabella Sciorra) who made the initial complaint against her husband. When Claire later advertises for a nanny, no prizes for guessing who changes her name and gets the job. You can never be too careful when choosing a babysitter and any parent will insist on thorough background checks if they dare watch this movie.

Louis Creed (Dale Midkiff) moves his young family from Chicago to rural Maine. They befriend elderly neighbor Jud Crandall (Fred Gwynne) who shows them an old pet cemetery (misspelled sematary) behind their new house. Unfortunately the house sits next to a dangerous road and the daughter’s cat Church is killed by a speeding truck. Jud and Louis bury the cat in an ancient Indian burial ground near the pet cemetery, and an evil version of Church comes back to life. Later in the film, their toddler bolts away toward the road, a truck is coming, the father can’t catch him in time, and the boy gets killed. This is the most harrowing and heartbreaking scene of the movie and why it’s on this list. Jud begs Louis not to bury his son’s body in the old cemetery, but he ignores the warning. A trailer for the 2019 version of the movie shows a clip of the mother clutching her young son tighter when a truck zooms by the house, a powerful, chilling foreshadowing. In some ways the 2019 version is even more disturbing, so both movies are a definite no-no for moms.

Julianne Moore plays Telly Paretta, a mother struggling with the loss of her 8 year-old son, who died in a plane crash 14 months earlier. But then her psychiatrist suggests that she never had a son and that she has subconsciously created all her memories of him. Her husband agrees, telling her instead that she suffered a miscarriage. Unconvinced, Telly goes hunting for answers and meets a man with similar experiences (Dominic West). As well as finding their children are alive, their search reveals a huge conspiracy. This is a tense, psychological thriller, with a sci-fi element and themes that are sure to upset moms.

Between a murdered baby, a miscarriage, and an adopted demon child, this film may prove too much for mommies. The story revolves around American diplomat Robert Thorn (Gregory Peck) and his wife Katherine (Lee Remick) whose child dies at birth and is replaced by an orphan baby, unbeknownst to Katherine. They call the little cherub Damien. Things get strange when they move to the UK where an evil-looking Rottweiler starts hanging around and the nanny hangs herself at Damien’s fifth birthday party. Katherine is pregnant again and a priest warns Robert that Damien is not human and will prevent Katherine from having the baby. The priest gets impaled, Damien pushes mommy over an upstairs railing causing her to miscarry, there’s more evil dogs, and things continue going downhill from there. Oh and did I mention that little Damien is the antichrist? There’s something for everyone in this excellent horror movie, except for moms!

Even Roger Ebert found ‘The Good Son’ disturbing, and he’s not alone. This is a chilling movie on many levels. Elijah Wood plays Mark, a young boy who loses his mother and stays with his aunt and uncle in Maine for a few weeks while his father is away on business. The family is mourning the loss of their baby boy who accidentally drowned in the bath. The scenes with Aunt Susan grieving for her dead child are profound and her sense of loss is almost palpable. Mark gets to know his cousins Connie (Quinn Culkin) and her brother Henry (Macaulay Culkin). He quickly discovers that Henry is a malicious, dangerous kid and suspects the baby’s death may not have been an accident after all and worries about Connie’s safety.
The ending is harrowing, a mother has to choose between saving her own biological son (who she finally believes is a bad seed) and her nephew, the good kid.

Written and directed by Isaac Webb.

This movie is traumatic for parents in general, but especially new mothers, since the movie’s main theme is postpartum depression, a very real and devastating problem for many women. Laura (Elizabeth Shue) and her attorney husband, Steven (Steven Mackintosh) move to a big house in the country when they discover she’s pregnant with their first child. When the baby is born, Laura becomes increasingly lonely and isolated. With her husband preoccupied by work and away for long periods, she’s left to deal with the overwhelming new role of motherhood alone and is consumed by self-doubt and anxiety. Spoiler alert: As she spirals further into postpartum depression, Laura gets confused between a doll and her baby, and ends up burying one of them.

Directed by Roman Polanski, based on a horror novel by Ira Levin (who also wrote The Stepford Wives and The Boys From Brazil.)

“Gynecological Gothic,” is how one critic described this cult horror classic, and it seems an apt description since the heroine is drugged, raped, and becomes pregnant with Satan’s spawn. Rosemary Woodhouse (Mia Farrow) and her struggling actor husband, Guy (John Cassavetes), move into a creepy New York apartment with odd, intrusive neighbors, whom Guy befriends. He suddenly becomes successful, Rosemary is pregnant, and her world gradually descends into a nightmare. Towards the end of the movie, baby is crying, and worshippers gather around to watch mama comfort her child. Is she bonding? He may be demonic but he’s still her baby, right? He has his father’s eyes, they tell her, and daddy is none other than Satan. So to all up-and-coming actors, join a weird Satanic cult, make a pact with the devil, sell your own wife, and you too could get a Broadway show!

Rosemary’s Baby was selected for preservation in the National Film Registry. It’s creepy, disturbing and deals with the insecurity, fears and anxiety that inevitably accompany pregnancy. It ups the ante with its exploration of what one critic called the ‘fear of a monster child’ theme, something most pregnant women have probably thought about but never dared vocalize. 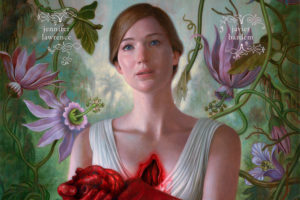 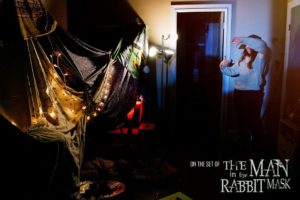 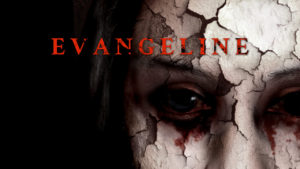