Most of us enjoy a good story and we all have our favorites — delightful tales from early childhood or epics brimming with morals, lessons and allegory studied at school or college. But often the most memorable stories (and therefore the best) are not necessarily pleasurable or scholarly. These pack a mean punch, hit a nerve and leave a bad aftertaste. Whether a disturbing old fable or a modern tale that skates too close to the truth, if it burrows deep and refuses to leave, then the writer truly hit their mark.

Some of the stories here are well known, while others are more obscure. Some are contemporary while a couple date back more than a century. They’re either horror stories or just purely horrific, highlighting people’s folly and society’s inhumanity and indifferent cruelty. They won’t take long to read but will take a lifetime to forget.

A couple visiting a cemetery are shocked to find a recently disturbed grave and then encounter Ira, a ghoulish golden-haired boy who’s clutching a human bone he’s just finished gnawing. The woman scolds him, saying “Drop that bone at once child! It’s filthy!” He smiles at her, revealing pointy white teeth, and the woman faints. The “boy,” Ira, casts a spell on her, and she is later lured to his family’s lair for dinner, where she is subjected to horrific torture … and worse. We’re led to assume that this is a family of vampire-like creatures, but are never really told what or who they are. This one is pure horror.

In this harrowing fable, a mother cow, her son, and other young calves are watching men on horseback herding the cattle from their ranch. The curious youngsters want to know where they’re all going. The mother tells them that they’re being taken to a train and will go on a long journey. When her son claims he wants to go too, mother tells them of the great honor of being chosen to stay home. “It’s safe here … here we know what happens, what’s going to happen, and there’s never any doubt about it …” she says. When they ask where the train is going, she says nobody really knows, but when pressed further, grudgingly tells them the legend of the “one who came back” to warn them about the train’s real destination and the “man with the hammer.” The son asks his mother if she believes such a horrifying story, and she hesitates, and then replies “of course not silly,” but rebellious by nature, he’s already wondering whether this dreadful thing could be true.

This is the type of story usually studied in school or college, and one that latches on for life.

A simple and heartbreaking tale about the very real horrors of poverty in the mid-19th century, and society’s indifference to the plight of the poor — themes that are unfortunately, still relevant today. An impoverished child is sent out to sell matches on a cold New Year’s Eve and because of an abusive father, is afraid to return home without any money. As she huddles on the cold streets she strikes her matches in a futile effort to keep warm, and with each lighted match experiences beautiful, comforting visions of a better life, culminating in a dream of her beloved late grandmother, the only person who’s ever shown her kindness. While you might guess how this will end, there is a twist.

Stephen King, first published in 1973 in the March issue of the magazine Cavalier, and later in the short story collection Night Shift in 1978.

The story revolves around Lester Billings, a nervous, paranoid man who is telling his psychiatrist, Dr. Harper, about the “murders” of his three young children. When the doctor asks him who killed his children, Billings blames “the Boogeyman” but adds that he feels responsible. He explains that each of his three children screamed “boogeyman” before their deaths and each time they find the closet door open. Billings actually sees the “monster” shaking his last surviving child and hears the sickening snap as it breaks his young son’s neck. There is a great twist at the end, one you’ll never see coming. This short story explores so many themes — the horror and guilt associated with child loss, possible abuse, fear, reality versus imagination, despair and madness. And you might even start checking the closet before going to sleep.

W.W. Jacobs, first published in England in the collection, The Lady of the Barge, 1902.

Be careful what you wish for! In this cautionary tale by English writer W.W. Jacobs, Mr. and Mrs. White and their son Herbert, are gathered by the hearth on a stormy night, when their friend Sgt. Major Morris arrives for a visit. After telling them tales of his times in India, he shows them a magical mummified monkey’s paw with the power to grant three wishes. A fakir (mystic miracle worker) placed a spell on the paw to demonstrate that fate rules people’s lives and that it shouldn’t be tampered with. Morris nervously explains that he has already made three wishes. And so has another man he knows, whose third wish was for death. He warns them that wishing on the paw will only bring sorrow and suggests they destroy it. But of course they go ahead and make their first wish … the results, of course, are not pleasant.

Shirley Jackson, first published in the June 26, 1948 issue of The New Yorker.

This is a true masterpiece and the most chilling tale you’ll ever read, full of tension and foreshadowing. Residents of a small village gather together in the square to participate in a lottery. We learn that some neighboring towns are thinking about abandoning this annual event. But here the tradition is in full swing, it’s a beautiful day in June, and children, who have just finished school for the summer, run around collecting stones making a pile in the square and stuffing their pockets full. Mr. Summers is in charge of the lottery, and arrives with a black box full of paper slips. A flustered Tessie Hutchinson, who forgot it was lottery day, joins her husband and children, and people joke about her late arrival. The head male of each family is summoned to draw a slip from the box, to see who has been chosen …

At the time The Lottery sparked massive interest and discussion, with many confused readers complaining they didn’t understand it. Some even claimed they were traumatized after reading this epic short story, possibly the most disturbing tale of modern times and an easy No. 1 on our list. Whether you love or hate Shirley Jackson’s The Lottery, one thing’s for sure, you’ll never forget it, and it’s guaranteed to haunt you forever.

Thank you for reading, and as mentioned above these are our picks here at Ms.Horror. Now which short stories would make it onto your list? Please let us know in the comments section below. If you’re a writer and/or horror enthusiast, contact us for an opportunity to write a guest blog. 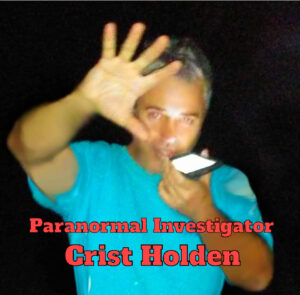 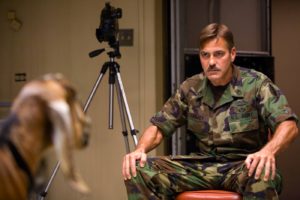 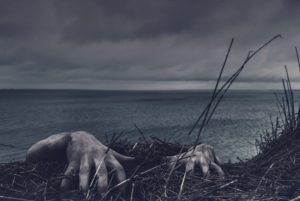